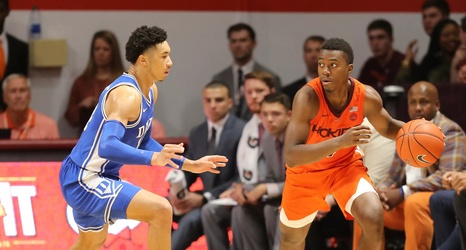 Virginia Tech returned from their three-game trip in the Maui Invitational to host a nationally televised ACC showdown. The Hokies welcomed in #10 Duke - whom Tech beat at home last season, but fell to in the NCAA Sweet Sixteen. The Blue Devils were fresh off a road victory over Michigan State, giving the two sides something in common this year.

The night kicked off just like that impressive Michigan State upset, as the Hokies controlled the first half in front of a sold out Cassell Coliseum. However, in the second half Coach K adjusted to what worked for Tech on the night, and shut the game down over the opening 10 minutes of the second half.