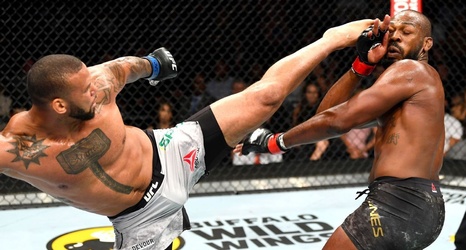 Santos appeared to hurt his left leg while kicking Jones in the second round, compromising his movement for the remainder of the fight.

Jones (25-1, 1 NC), 31, was making the second defense of the belt he won by third-round TKO in his rematch with Alexander Gustafsson at UFC 232 in December.