Burmeister a go for Pittsburgh, Blumrick out indefinitely 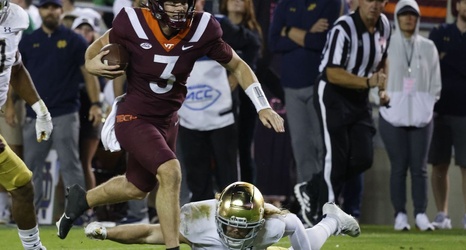 Going into the season, quarterback depth was concern number one for Hokie fans. After Hendon Hooker and Quincy Patterson transferred to Tennessee and North Dakota State, respectively, the depth behind Braxton Burmeister was precarious at best. Knox Kadum had a few good plays last year, but profiles as a career backup at the power five level and has yet to prove himself capable of more. Tahj Bullock has a lot of promise, but he still needs serious seasoning before he’s ready for primetime.

Connor Blumrick was a bit of a wild card coming into the season. The Texas A&M transfer brought a lot of physical tools and a lot of unknowns.