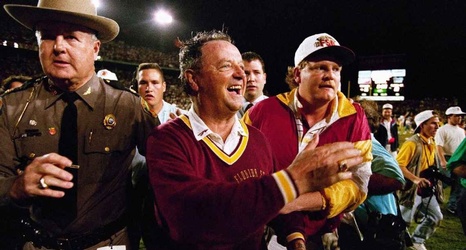 Bowden and Beamer built the programs as they are known today: Bowden spent 34 years as head coach at Florida State and Beamer spent 29 years leading the Hokies and won 238 games. The two combined for over 600 wins and 20 conference championships. In December, Beamer will join Bowden in the College Football Hall of Fame.

New Florida State coach Willie Taggart has reached out to Bowden extensively since he was hired to get Bowden more involved in the program, and extended the invitation for Bowden to attend the game.