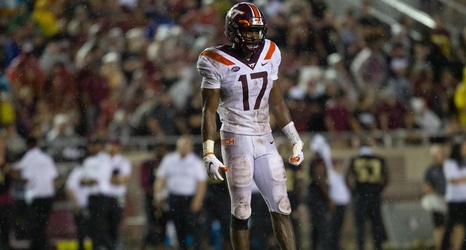 The Virginia Tech Hokies had their third player drafted in the 2021 NFL draft on Friday night when safety Divine Deablo went to the Las Vegas Raiders at No. 80 overall.

Deablo came to Virginia Tech as a wide receiver from Winston-Salem, North Carolina, before transitioning to the defensive side early in his career. It was the right move.

Deablo became an All-ACC defender and a three-year starter for the Hokies at safety. He leaves behind an outstanding legacy with his coaches, teammates and fans as numerous players — and defensive coordinator Justin Hamilton — posted heartfelt messages to Deablo.