2021 NFL draft: Could Caleb Farley fall out of the first round? 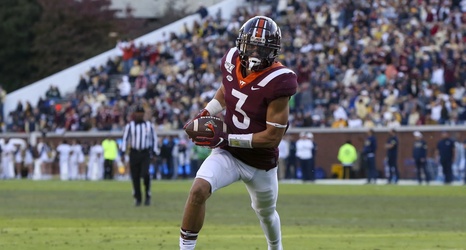 When the NFL season ended, and everyone’s attention turned to the NFL draft, Virginia Tech cornerback Caleb Farley was considered a lock to be the first cornerback taken.

Throughout the draft process, scouts and teams were enamored with Farley’s rare combination of size and athleticism. In just two years of playing cornerback, Farley became an All-ACC performer.

Despite the lack of experience, there aren’t many cornerbacks who stand 6-feet-2 and ran the 40-yard dash in under 4.4 seconds.

Things were going smoothly for Farley until late March when he revealed he would miss Virginia Tech’s pro day.