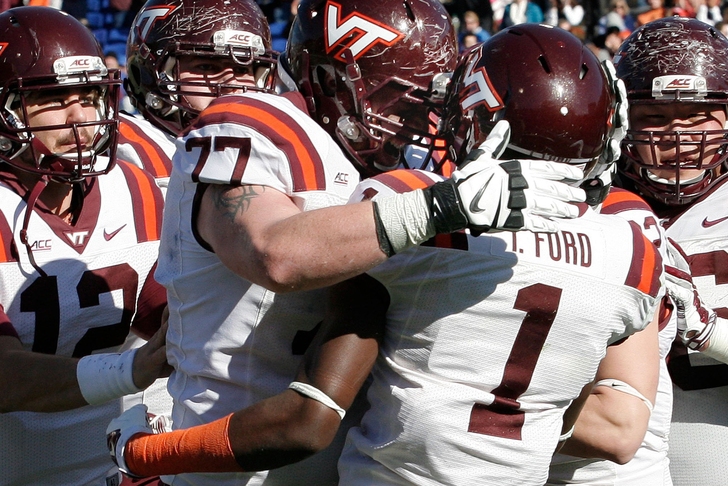 Virginia Tech become bowl eligible with a victory over Virginia in their last game of the season, keeping their streak of 22 straight bowl appearances. Where are the Hokies most likely to play this bowl season? Virginia Tech would like to play a team from another power conference, meaning this would be their worst case scenario. That being said, they'll get to face a team with a better record - likely UCF or Cincinnati - but it has a small payout and doesn't hold the same appeal for fans

The Pinstripe Bowl is the most prestigious bowl game the Hokies are candidates for, and Virginia Tech fans would love to travel to New York City. However, Notre Dame is the most likely candidate to return to this bowl from the ACC side, but the Hokies are the second or third option. The Quick Lane Bowl (formerly the Little Caesar's Bowl) is certainly not where Frank Beamers' squad wanted to end up, but it's where they're most likely to end up. It does give them a chance to face a team from another power conference, which is all the Hokies can really ask for right now. Penn State is a possibility again, but with the Nittany Lions probably headed for the Pinstripe Bowl, there is a great chance they'll face former ACC rival Maryland. That would certainly create a distinctive edge to this game, making it exciting.