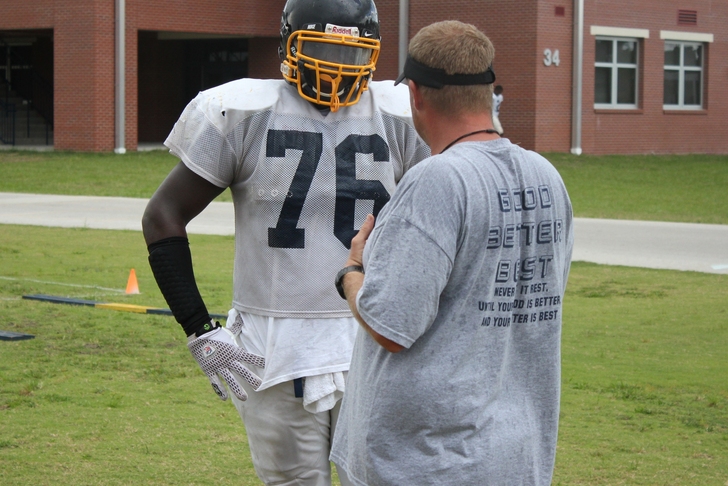 Three-star Winter Haven (FL) offensive lineman Mike Arnold committed to the Virginia Tech Hokies back in September, but what he calls a "big" offer from LSU in recent days has altered his thinking just a bit.

“It was shocking but I kind of already knew I was going to get it because one of their coaches is from Virginia Tech and he is one of the guys that really liked me and then he went to LSU,” Arnold said of the offer extended on Tuesday, via Evan G. Watkins of 247Sports. “I don’t think LSU really knew anything about me and he put me on the map with the coaches. Then the coaches called me and told me they wanted to offer me and would come see me.

“It was one of those moments where I was like ‘LSU offer is big’, but at the same time I was thinking that even if the coach from Virginia Tech wasn’t there, they should have already known about me," he added. " Then I was thinking that I should go see the school but it is kind of too late for that.”

Ranked as the #102 offensive tackle in the nation by 247Sports, Arnold indicates that Virginia Tech is still the leader with the fact that they've been "down with me since day one."

"If I had to guess right now, I will sign with Virginia Tech,” he said.