Virginia’s offensive line gets stronger with commitment from Zachary Teter 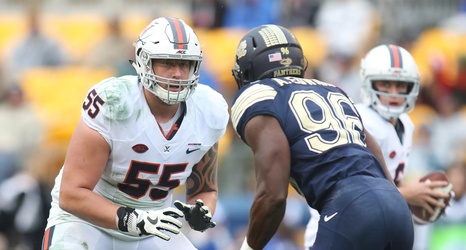 Another weekend, another commitment for the Virginia Cavaliers football program. The five announced commitments from Friday, June 22—including the surprise from four-star Jowon Briggs—have been joined by one from Florida offensive lineman Zachary Teter.

The 6-foot-5, 290-pound prospect hails from Lake Gibson High School in Lakeland, Florida (between Tampa and Orlando). He is yet to be rated by 247, Rivals, or ESPN, but his offer sheet shows this is a solid pickup for Virginia: Teter picked the Hoos over Power Five offers from Arizona, Cal, Louisville, and Missouri, as well as a handful of Group of Five schools.