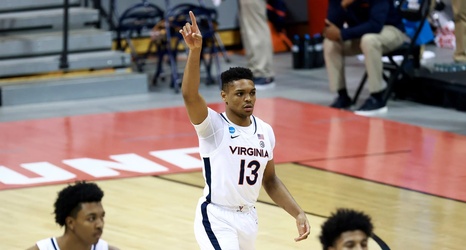 The first roster movement of the 2021 off-season has occurred as Virginia’s Casey Morsell has reportedly entered the transfer portal. Morsell, a sophomore, played in 23 of Virginia’s 25 games this season and averaged 4.4 points per game. Verbal Commits had the news first:

Morsell, a Maryland native, joined Virginia the summer after the 2019 NCAA championship and played in all 30 games in his first season with the Cavaliers. He struggled offensively, shooting just 38% from two and 18% from three, but he was a solid defender. Those defensive abilities — coupled with high personnel turnover after the title — got him on the court.