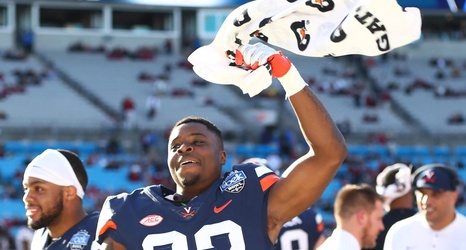 The Virginia Cavaliers suffered a bit of tough news on Thursday as reports emerged that projected starting cornerback Darrius Bratton injured his knee seriously enough to put his 2019 season in jeopardy.

Doug Doughty of the Roanoke Times was first with the news:

Sorry to hear that #UVa defensive back Darrius Bratton from Roanoke suffered knee injury Wednesday and is likely lost for the season. Good kid. Hasn't been redshirted so has two years remaining.

Bratton was rehabbing a hamstring injury that had limited his participation in UVA’s preseason training camp.