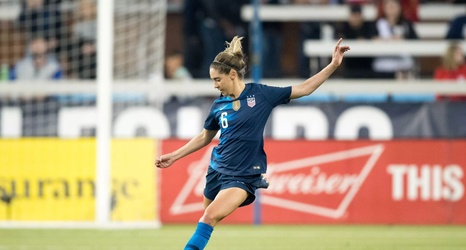 This afternoon, the Women’s World Cup begins in France. There isn’t much soccer in the summer, so the eyes of the soccer world will be on this event. For Wahoo fans, there’s a particular interest, as three former Virginia players — Becky Sauerbrunn, Morgan Brian and Emily Sonnett — are on the USA roster.

That trio really runs the gamut of experience and in areas of operation. Sauerbrunn is one of the mainstays of Team USA at center back. She’s playing in her third world cup and has also played in two Olympics with Team USA.