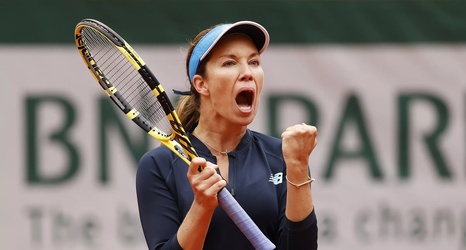 Virginia alumni and two-time NCAA singles champion Danielle Collins was the last to punch her ticket on Tuesday, but for the first time in her career, she’s headed to the quarterfinals of the French Open to take on fourth seed Sofia Kenin. In doing so, she became the fifth unseeded player in the quarters, marking the first time since 2001, when the seeds were expanded from 16 to 31, that a majority of the quarterfinalists are unseeded.

In a match that was postponed from Monday due to rain, Collins had upset 30th-seed Ons Jabeur, 6-4, 4-6, 6-4 to reach the quarterfinals of Roland Garros.