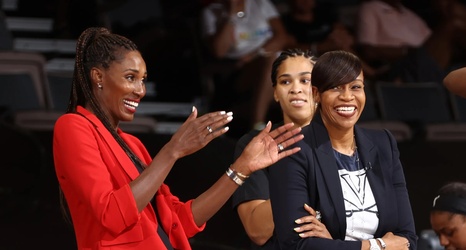 Virginia women’s basketball had past and future representatives on opposite sidelines in Wednesday night’s WNBA All-Star game as current head coach Tina Thompson squared off against Wahoo legend Dawn Staley. Thompson, alongside Lisa Leslie, coached the WNBA All-Stars, while Staley carried out her role as the US Women’s National Team coach.

Thompson has been the head coach of the Cavaliers since 2018, coming to Charlottesville by way of the University of Texas. Her WNBA career is an illustrious one, spanning from 1997 until 2013, and Thompson was the No. 1 overall pick in the inaugural WNBA Draft in 1997.