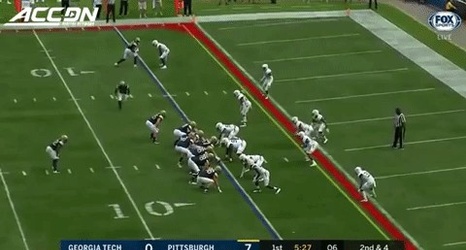 One of those wins was a blowout win over Virginia Tech in Blacksburg in which they gashed the Hokie defense for 465 yards rushing. That was a Thursday night game on national TV, so the entire nation was treated to that performance.