THE BIG PREVIEW: Rematch of the Elite Eight as Virginia faces Purdue in ACC/Big Ten Challenge 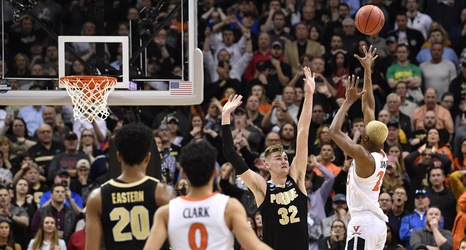 Virginia Basketball is 7-0 this year, though the opposition hasn’t exactly been the cream of the crop. Their strength of schedule so far is just 214th in the nation. Some of that isn’t their fault, opening the season against a struggling Syracuse team, but the out of conference schedule for the Hoos this year has been unimpressive.

Not this game though. This is one out-of-conference game Virginia has this year against a real opponent. It’s the ACC/Big Ten Challenge, and this matchup came as a surprise to exactly nobody, after the two teams played an epic Elite Eight game back in March.