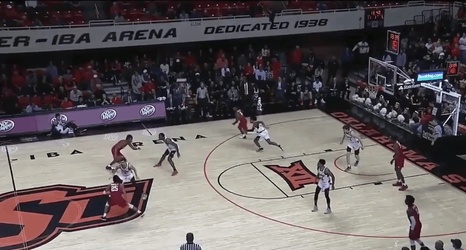 Virginia Basketball takes to the road for the first time this season, heading to Houston to face the Cougars of the University of Houston.

Though the first meeting in over thirty years, this is actually the seventh meeting of these two schools. One of those was in the 1984 Final Four, won by the (H)akeem Olajuwon-led Cougars. Strangely, the two teams had played just a month earlier, also won by Houston. They also faced off in Tokyo, Japan in 1982. Ralph Sampson was on that team, but did not play. Virginia still came out with an 11 point win.