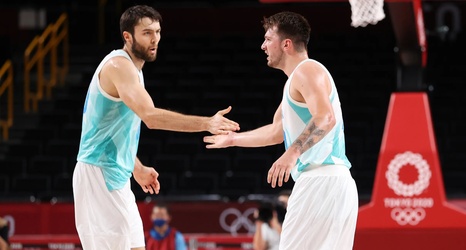 The Slovenian men’s basketball squad is moving on to the semifinal round in the Tokyo Olympics after a convincing 94-70 win over Germany in the quarterfinals. They improved to 4-0 in the event, winning their games by an average of 21.3 points per game. Former Virginia big man Mike Tobey continued his impressive tear, scoring 13 points and grabbing 11 rebounds. Tobey has notched a double-double in three of Slovenia’s four games, with his teammate Luka Donu010diu0107 being the only other player to accomplish the feat so far.

Against Germany, Tobey shot 5-for-6 from the field, including going 2-for-3 from three.