Hoos in the NFL: Perkins shows flash in preseason action 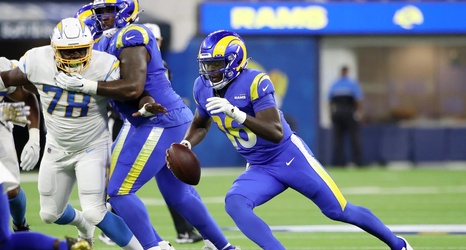 The NFL preseason is underway, and several former Virginia stars have already seen action this season.

Bryce Perkins played for the Los Angeles Rams in their preseason debut, splitting time with Duck Hodges at quarterback. Hodges got the start, but Perkins looked much more the star as he led the offense down the field on his first drive for the Rams’ only touchdown of the game. Perkins went 7-for-10 in the air for 42 yards with one touchdown — a pass to Syracuse’s Trishton Jackson.