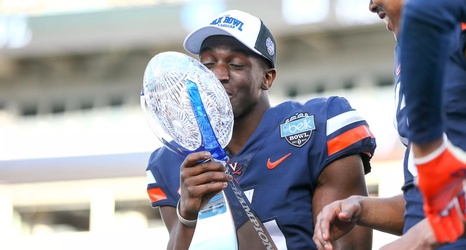 In the first Associated Press poll of the 2019 college football season, the Virginia Cavaliers are only a few spots outside of the top 25.

Notre Dame is the only one of Virginia’s 2019 opponents to be ranked in the preseason poll; the Fighting Irish are ranked 9th.

Other than Clemson holding down the #1 spot, the ACC is woefully underrepresented: only Syracuse joins the Tigers in the top 25, with the Orange placing 22nd. Miami is the only ACC school closer to the top 25 than Virginia, as the Hurricanes received 70 votes.