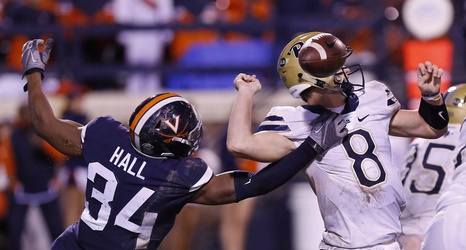 On Monday, in addition to offering our own thoughts on what success means for UVA football in 2019, the AP Poll also released their preseason rankings, which listed UVA outside of the Top 25. In all, Virginia received 44 votes from the voters, good for 32nd best among all teams.

ESPN named Bryce Hall to their preseason All-American team, published yesterday. Add this one to the long (and well-deserved) list of preseason accolades Hall has received in the lead-up to his senior season.

The second round of Bronco Mendenhall’s heralded jersey selections took place on Sunday, when 32 members of the football team received their numbers ahead of the Week One tilt with Pittsburgh.