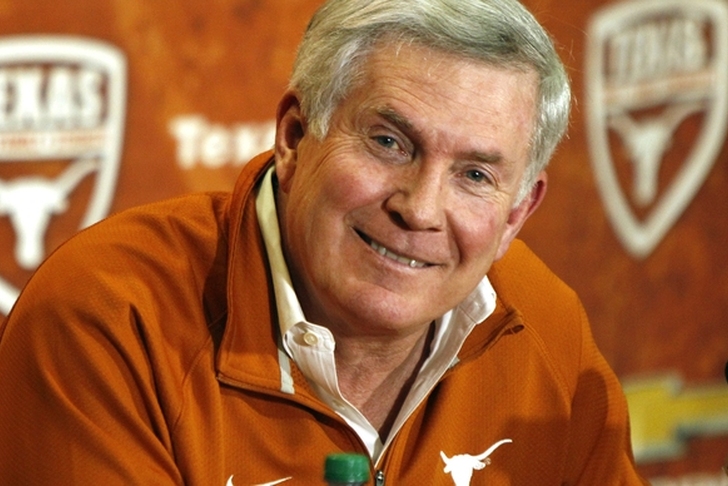 Former Texas Longhorns head coach Mack Brown is interested in getting back into the coaching ranks and wants the Virginia Cavaliers head coaching job. A source told Chat Sports that Brown's agent has reached out to Virginia to express interest on behalf of Brown.

Virginia fits what Browns is looking for in a return to coaching. He knows the conference well and UVA has the strong academics that Brown prefers. Virginia has to yet reciprocate the interest, although it is still very early in the process.

Virginia is searching for a replacement for Mike London, who resigned Sunday. London posted a 27-46 record during his six years at Virginia. He made it just one bowl game.

Brown has spent several years as a coach in the ACC. He coached at North Carolina for 10 years, posting a 69-46 record. He left to become Texas' head coach in 1998, staying there until 2013. Brown went 158-48 at Texas. He's currently an analyst for ESPN and serves as special assistant to the the Texas President. Brown also has a personal connection to Virginia, as his daughter is a professor at the school.

In addition to Chat Sports' source, 247Sports is reporting that Brown has interest in the job. The common threat between our source and 247Sports' report is that 64-year old Brown would love to get the Virginia job.