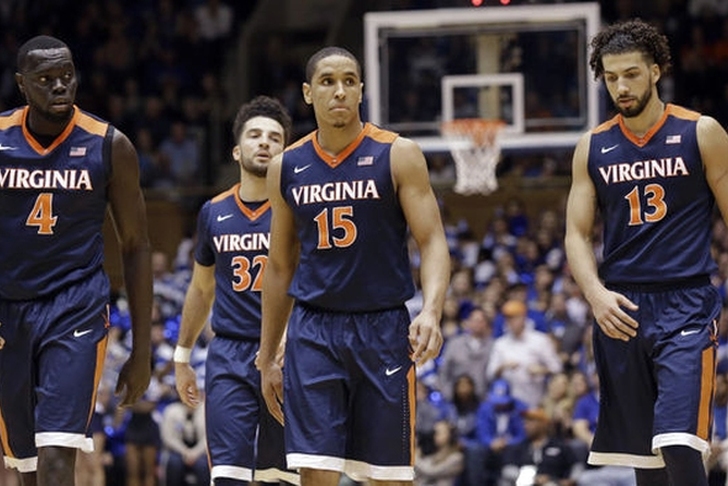 The Virginia Cavaliers have been knocked out of the NCAA Tournament by Michigan State in back to back seasons, losing to the Spartans in the Sweet 16 in 2014 and in the second round last year. Now, UVA is looking to make the Final Four for the first time since 1981. Here's everything you need to know about Virginia:

Brogdon, the ACC Player of the Year, is going to be a first-team All-American on everyone’s ballot, and he should be. It starts with him being the best individual defender in the country, but he has also shown his expansive offensive game this year, ranking third in the ACC in points per game on 47.8 percent shooting.

Virginia ranks third in the country in scoring defense (60.2 points allowed per game) by only letting opponents shoot just 41.9 percent from the field, and have held 10 opponents to 55 points or less. Their defensive system is designed to cut off driving lanes and they don't let teams get easy points in transition.

Virginia can score, but they haven't won a game because of their offense. Brogdon is the only player who can really take over on that end of the floor, and while Perrantes and Gill are both skilled, they both lack aggressiveness at times. UVA is excellent at getting the shots they want and are wildly efficient on that end of the floor, but having just one real playmaker could cost them if a team is able to take Brogdon away.

Outlook:
Virginia’s return to the college basketball elite won’t be complete without a Final Four berth, and this might be their best chance to get it. In a wide-open field with no real favorites, UVA’s consistency is something that will carry them a long way.