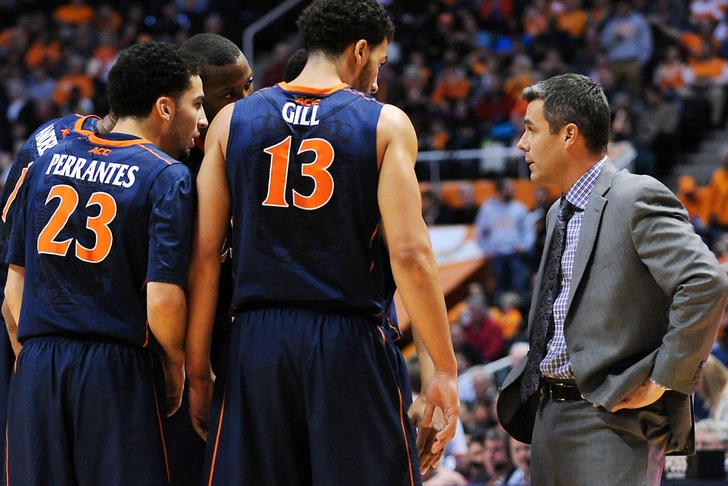 The Virginia Cavaliers are trying to get their second straight No. 1 seed in the NCAA Tournament and have a veteran-laden team that has only lost once all year. Anderson was Virginia's leading scorer for most of the season, but a hand injury he suffered in UVA's loss to Duke on February 7 has sidelined him since then. He will be back for the NCAA Tournament and turns Virginia into a dynamic basketball team if he's healthy. Anderson is excellent shooting the three and driving the lane, and his combination of strength and athleticism make him extremely tough to guard.

Virginia had the most efficient offense in the country before Anderson's injury, and if he can play at the same level he did early in the year, the Cavaliers become a very dangerous team.

Virginia gives up the fewest points per game in the country (49.9) by only letting opponents shoot 35 percent from the field, and have held three opponents to under 30 points - for the entire game. Their defensive system is designed to cut off driving lanes and they don't let teams get easy points in transition.

Virginia can score, but they haven't won a game because of their offense. Anderson is the only player who can really take over on that end of the floor, and with questions about his health and effectiveness, the Cavaliers could struggle to score points against better competition.

UVA is great at getting the shots they want and are wildly efficient on that end of the floor, but they lost to Michigan State in the tournament last year because they didn't have anyone who could make plays for themselves down the stretch. That could cost them again if Anderson isn't totally healthy.

Virginia made the Sweet 16 last year, and they're eyeing nothing short of a Final Four this time around. They won't lose in the first few rounds because of their defense, but their occasional offensive struggles could hurt them during the second weekend of the tournament.

Follow our Virginia Cavaliers team page for all the latest UVA news and rumors!