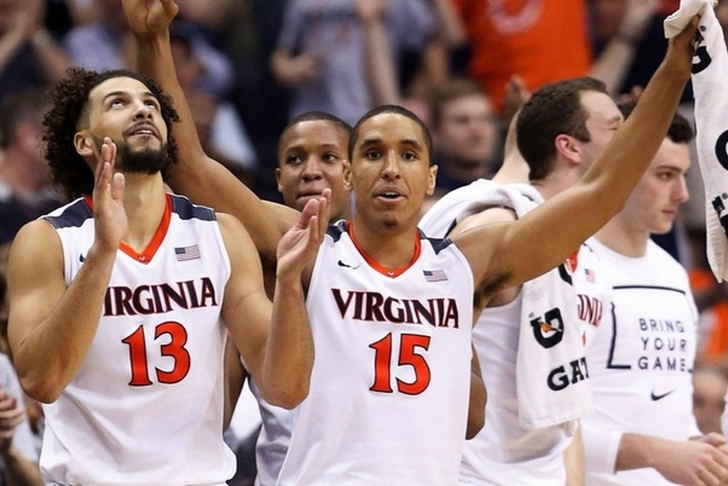 The Virginia Cavaliers used another stingy defensive effort and efficient offensive attack to knock off Iowa State 84-71, sending UVA to their first Elite 8 appearance since 1995.

Virginia led from start to finish in this game, opening with a 29-12 run that really set the pace. They were able to control the game from there, and while Iowa State's hot shooting (52 percent) threatened to get them back into it, they weren't able to cut the lead to anything less than nine in the second half.

Senior Mike Tobey came off the bench to lead the Cavaliers, scoring a 18 points to go along with seven rebounds while Anthony Gill scored a team-high 22 points. ACC Player of the Year Malcolm Brogdon was held to just 12 points on 4/13 shooting, but did chip in five assists.

Georges Niang did all he could to carry the Cyclones, dropping 30 points with eight rebounds and four assists, but didn't get much help from the rest of his teammates.

Virginia will now face the winner of (10) Syracuse vs. (11) Gonzaga on Sunday with a berth in the Final Four on the line.