‘Whoa, this is real:’ Jay Wright reacts to being elected to Naismith Basketball Hall of Fame 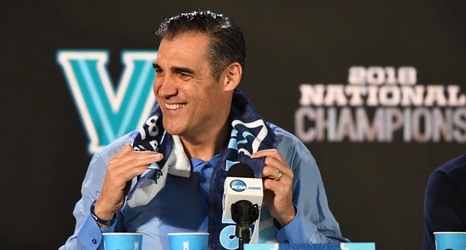 Jay Wright had reached the pinnacle of college hoops twice, guiding the Villanova Wildcats to national championships in 2016 and 2018.

He’s set to be in basketball pantheon alongside the greats and legends of the sport as a member of the Naismith Memorial Basketball Hall of Fame.