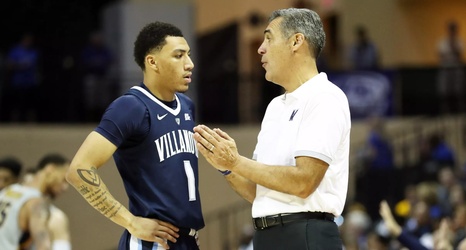 After Wednesday morning, there was no more speculation and over-analyzing. The Quinerly Question was finally answered and the saga came to a close.

Like all freshmen that don’t seem to make the transition look seamless, Quinerly was a polarizing player that had Villanova Wildcats fans divided into supporters and those who anticipated to see him transfer. Social media detectives looked for every hint and dove into every post and change of the profile picture hoping to find clues--or speak them into existence. Jermaine Samuels had his share of pundits believing he would transfer last season, especially early into his freshman year, but that was nowhere near the analysis and scrutiny that Quinerly faced.