Villanova to name roadway near Finneran Pavilion after Jay Wright 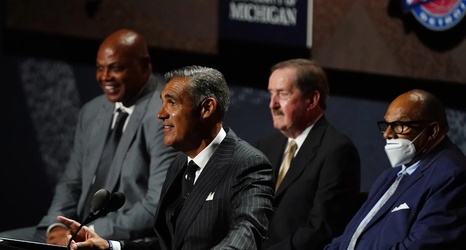 After Jay Wright was formally inducted to the Naismith Memorial Hall of Fame on Saturday night, Villanova announced that it will be honoring him on campus as well.

The roadway separating the Finneran Pavilion and Davis Center will now be officially known as “The Wright Way.”

It will be redone, but details on the design and a timetable for its completion will be announced at a future date by the university.

“It is important to all of us at Villanova that we honor Jay’s incredible coaching career on this historic night,” stated Director of Athletics Mark Jackson.