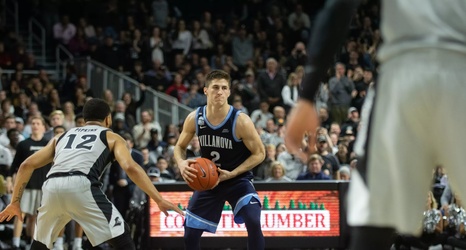 The Villanova Wildcats stormed into the Dunkin Donuts Center in Providence, RI to take on Big East rivals Providence. The Wildcats came into the game ranked #9 in the poll and were looking to continue their rise after defeating Butler 76-61. The ‘Cats were able to put together a tough all-around performance and come out on top for their sixth straight win.

The game started off very back-and-forth, with both teams trading baskets and not allowing the other to take control of the game. The ‘Cats were able to push the lead to 10 points after a nice transition dunk from Cole Swider, but those would be his only points of the day.