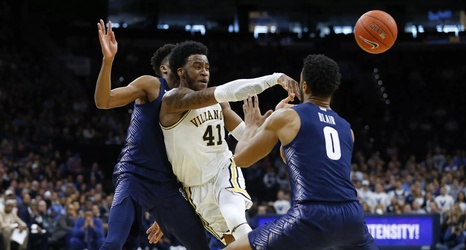 The ‘Cats were coming off their worst 3-point shooting performance of the season against Creighton when they shot a miserable 6-33 from behind the arc, despite coming out with the victory. They seemed to find their footing today, as they defeated the Georgetown Hoyas 80-66 for their third Big East win of the season.

Georgetown came into the game off a dominating victory over Saint Johns on Wednesday but was unable to maintain that winning momentum.

When ‘Nova’s first three-pointer of the game from Saddiq Bey rimmed out, you could sense a groan around the Wells Fargo Arena, fearing another cold shooting night.