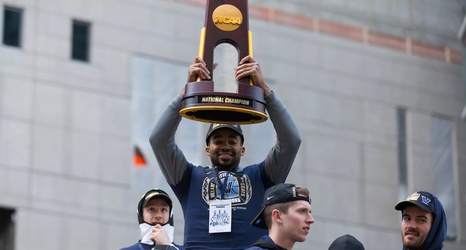 Villanova’s winningest player in program history will continue his playing career in the NBA. In the early hours this morning, it was announced that Phil Booth has signed with the Cleveland Cavaliers for the upcoming NBA summer league.

Booth is going to have to work hard to earn a spot beyond summer league, especially with the Cavs. They have an influx of young guards, spending two first round picks this year on PG Darius Garland of Vanderbilt and SG Kevin Porter Jr. from USC, along with last year’s pick of PG Collin Sexton from Alabama.