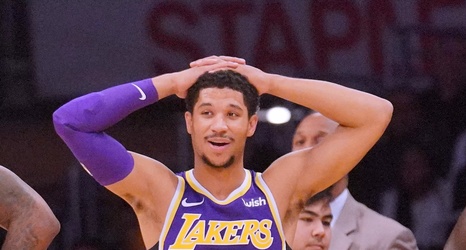 After just two seasons with the LA Lakers, Josh Hart is on the move to New Orleans as a part of a massive trade that sends Anthony Davis to Los Angeles. In return, New Orleans gets Lonzo Ball, Brandon Ingram, Josh Hart, and three first round draft picks including the #4 overall pick in Thursday’s draft.

If you’re thinking that’s a lot, IT IS. To give up that much you’d have to think that the Lakers have assurances from Anthony Davis that he’ll resign with the Lakers instead of entering free agency after next season.