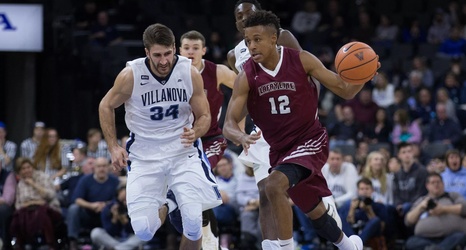 The 2017-18 Villanova Wildcats squad was--without a doubt--one of the most dominant college basketball teams in history. With that, Tim Delaney was able to receive many opportunities to play, appearing in 22 games.

This past season, with a younger team and not many lopsided results, Delaney only got to see action in seven games. He best showing came in a three-minute outing against the Seton Hall Pirates, when he went 1-of-2 from the free throw line, grabbed a rebound, and blocked a shot in Villanova’s big Jan. 27 win.

Although he was a reserve player, Delaney played an important role in mimicking and simulating key opposing big men as part of the scout team, pushing the starters and other key frontcourt players in the rotation.