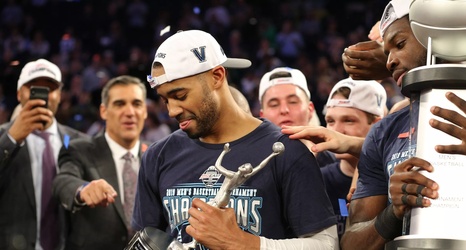 It’s not so often that National Championship heroes get labeled as mere role players. To outside observers--those that aren’t too familiar with Booth and the Villanova Wildcats--he was just a supplementary piece to National Player of the Year contenders and projected first round NBA Draftees. To Villanovans, Booth was a warrior, overcoming injuries after that 2016 championship campaign to eventually come back and be a prominent player for the 2018 run.

As a fifth-year senior this season, both fans and outside observers were curious to see what the squad would look like now that Booth had his turn to be “the guy.