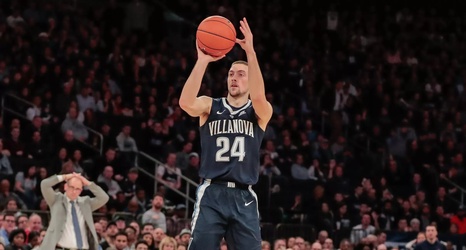 Beginning in June, when he committed to Villanova as a graduate transfer from Albany, expectations were set that Joe Cremo would fill the hole in the ‘Cats system left by the departing Donte DiVincenzo. Not that anyone thought that Cremo would replace DiVincenzo’s athleticism at the shooting guard/sixth man position, but the assumption was that his shooting and offensive smarts would consistently help to lighten the load off of Phil Booth and Eric Paschall. And although he did not live up to the lofty expectations set by his predecessor, it’s simpleminded to say Cremo did not make an important contribution in the ‘Cats’ run to Big East regular season and tournament titles.