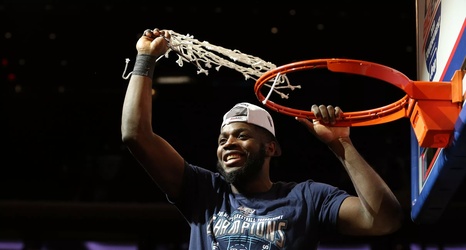 After exploding onto the scene with a strong performance in the 2018 NCAA Tournament--highlighted by a hot-shooting night in the Final Four game against Kansas--the excitement and anticipation was there for Eric Paschall, especially to see how he’d follow up in a much bigger role as a senior co-captain.

It appeared Paschall picked up from where he left off in the 2017-18, leading the way in a 100-77 season-opening victory against Morgan State, where he scored a game-high 26 points. After a couple of bumps in a few games that followed that performance, Paschall started to pick it up again--racking up boards, being a bruiser on both ends of the court, knocking down threes, and serving up the rim-rattling highlight slam dunks.