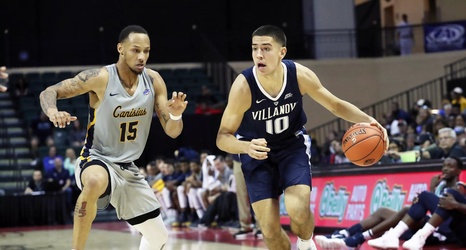 Cole Swider took his knocks in his first season as a Wildcat, but Villanova freshmen often do, and in Villanova fashion they seem to come back stronger the following year. The Providence, RI native came to the Main Line with high expectations, but his first go of it with the Wildcats was marred by streaky shooting and an ill-timed hand injury. Still, there were times Swider showed flashes of his potential as a defense-disrupting stretch forward and that bodes well for next season and beyond.

Breaking Down Year One

Cole Swider arrived at Villanova as the #39 recruit in the country, #9 at his position according to Rivals.