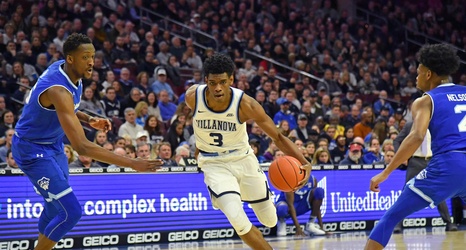 Brandon Slater was the first commit on a talented Villanova Wildcats 2018 recruiting class, which was ranked ninth in the country according to 247 sports. Slater, a four-star prospect hailing from Centerville, Va, brought an exciting blend of athleticism and quickness to the court. With a large amount of roster turnover and a bunch of newcomers entering the scene, there were plenty of questions surrounding the starting five and what the main rotation would look like. Aside from the senior co-captain tandem of Phil Booth and Eric Paschall, everyone’s roles and minutes seemed to move around early in the season, as Jay Wright tried to find the winning combination.