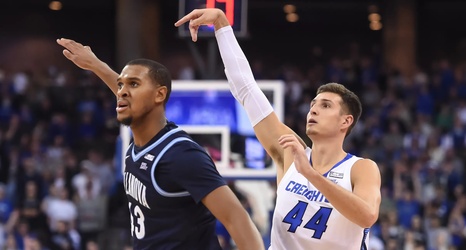 Welp, here we are Nova Nation. For the first time since the realignment of the Big East, beginning in the 2013-14 season, Villanova has a losing record in the conference. Now 0-1 isn’t 5-9 or 3-7 but contextually speaking, it feels close. ‘The Cats didn’t just lose their Big East opener, they got blitzed on the way to losing by at least 20 for the second straight game.

As bad as they played throughout, they found themselves only down two with about eight and a half minutes left in the game. Much like the UCLA and Purdue losses though, 'Nova fell flat on their face in the home stretch.