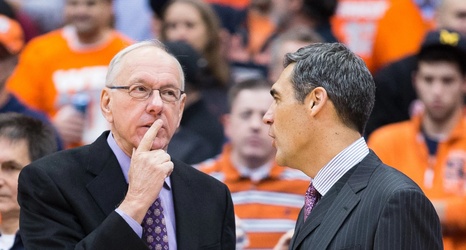 CBS Sports’ Jon Rothstein is noting sources are telling him that the Villanova Wildcats and Syracuse Orange will face each other in the 2021 Jimmy V Classic at Madison Square Garden.

This would be Villanova’s fifth time playing in pre-season Classic in New York City. The last time the ‘Cats participated, the Wildcats defeated Gonzaga early in the 2018 National Championship season. Previous to that, ‘Nova lost to Texas in 2008 and to Missouri in 2011, while beating Illinois in December 2014.

The presumed matchup re-ignites a clash between the former BIG EAST foes.