Quinerly to transfer out of Villanova 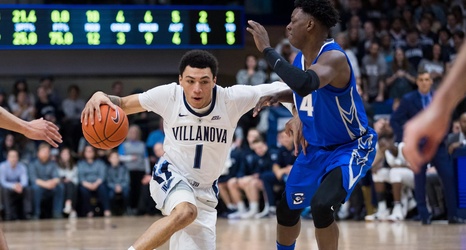 The saga is over.

Villanova point guard Jahvon Quinerly will be transferring from the program.

On Wednesday morning, it was announced that he will be placing his name into the transfer portal later this week.

“We had a very candid meeting and Jahvon has decided to transfer to another program,” stated Villanova head coach Jay Wright in an official press release. “We’ll miss Jahvon. He’s been an outstanding teammate and was an integral part of our success last season. We wish him the best as he approaches the next step in his basketball career.