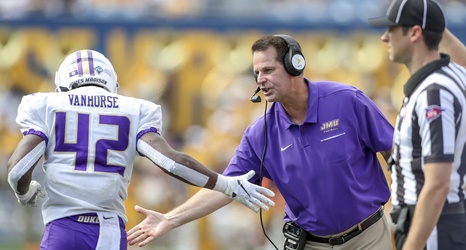 It was a closely-contested game for the first three quarters, but if the Wildcats were able to hold on to their one-touchdown lead going into the fourth quarter, they could have stunned the crowded Bridgeforth Stadium and spoil James Madison’s homecoming.

Unfortunately for Villanova, everything went south in the final quarter of play, as James Madison capitalized on Wildcat mistakes and put up 21 unanswered points to take the lead and win 38-24.

Despite outgaining the Dukes, 431-374, the Wildcats had costly turnovers and missed opportunities in the fourth quarter that allowed James Madison to snatch the lead.