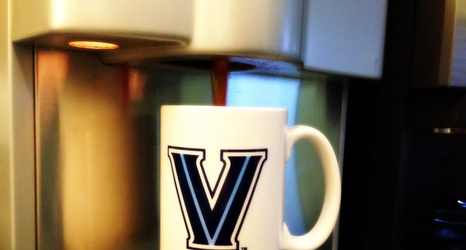 Happy Tuesday Nova Nation! The new AP Poll came out yesterday, and after soundly defeating Army the Villanova Wildcats held their ground as a Top Ten team. But because we live in 2019, everyone has to have their own poll too, and the World Wide Leader is no different. In ESPN’s Power Rankings, the ‘Cats also sit at #10. But what caught my eye wasn’t the ranking, but the assessment of how Villanova is approaching this season.

Per the article, “There’s a clear shift in Villanova’s lineup this season, as Jay Wright is leaning more heavily on his frontcourt -- a departure from the Wildcats’ perimeter-based attacks of the past several seasons.