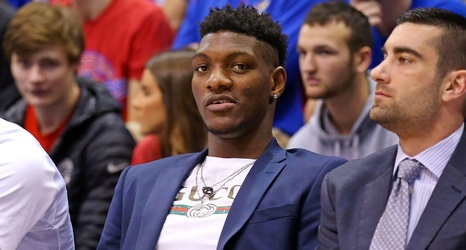 Kansas has filed its appeal to the NCAA regarding the ongoing suspension of forward Silvio De Sousa, the school announced Thursday.

In February, De Sousa was ruled ineligible through the 2019-20 season. He had not played for the Jayhawks since October, when former Adidas consultant T.J. Gassnola testified in federal court that he paid $2,500 to De Sousa's guardian, Fenny Falmagne.

The NCAA's decision drew outrage from coach Bill Self, who called the punishment "mean-spirited and vindictive," and athletic director Jeff Long, who said his faith in the NCAA was "shaken" by the process.