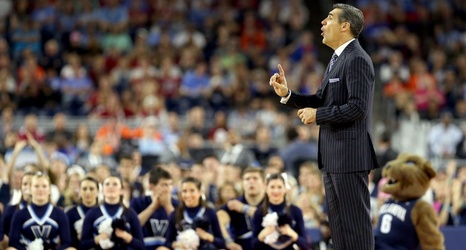 Villanova basketball head coach Jay Wright, whose Wildcats will be playing for a National Championship as a 2-seed against the North Carolina Tar Heels on Monday, has been named the Naismith National Coach of the Year according to University President Fr. Peter Donohue.

As head coach of 'Nova, he guided the Wildcats to their current 34-5 season record and the team's third consecutive BIG EAST conference regular season championship. Additionally, the team reached the top of the AP Poll for the first time in program history that they held the spot for three weeks.