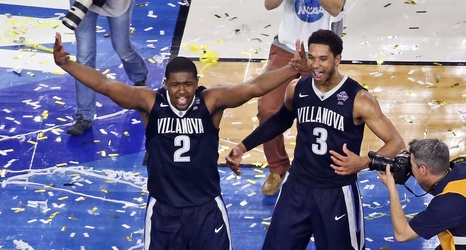 Join us throughout the month of July as we matchup some of the best Villanova players of All-Time. This year they’re representing their hometowns and high schools, so be sure to check in daily to vote for your favorite players and the team that represents your home town!

After three weeks and thousands of votes cast, the #2 Seeded Maryland: DC Suburbs team have been crowned the Champions of our VU Hoops 2019 Summer Tournament. Along the way they took down three teams from Philly, Howard Porter and the South East team in the Final Four, and finally Ed Pinckney and The Bronx in the Tournament Championship.