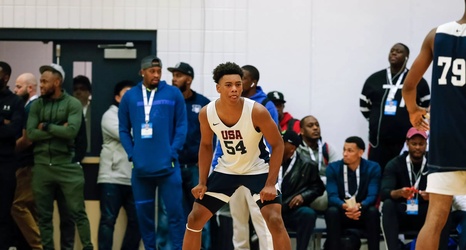 The Villanova Wildcats’ hunt for their first class of 2020 commit will have to take place elsewhere, as five-star guard Jaden Springer (Charlotte, N.C./IMG Academy) cut his list from 11 schools to just five on Monday night.

Springer is a consensus top 15-ranked recruit, nationally, in the class of 2020. This past season, as a junior at IMG Academy, he averaged 15.6 points, four rebounds, and four assists.

Villanova came onto the scene late for Springer, although it was already familiar with him from scouting and watching high school teammate Jeremiah Robinson-Earl.