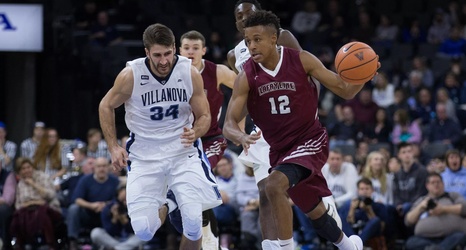 On Tuesday afternoon, it was announced that reserve big man, Tim Delaney, will be transferring after graduating and receiving his diploma in May.

Delaney will be completing his basketball career as a graduate transfer over at Division II Adelphi University (N.Y.), where he will be joining his younger brother, Andrew, who committed to the Panthers back in November.

“I’m gonna keep trying to play,” Delaney said of his future last Thursday night, after the victory against the Saint Mary’s Gaels. “There’s a lot up in the air. Next year, I’m going to try to figure out what to do, I’ll talk to coach about that.