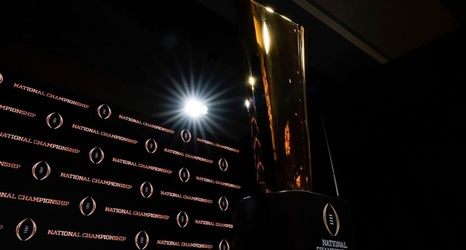 The College Football Playoff management committee will consider expanding to a 12-team format when it meets in Chicago next week, marking the first step in what could be another historic change for the sport's postseason.

The proposal calls for the bracket to include the six highest-ranked conference champions and the six remaining highest-ranked teams as determined by the CFP selection committee.

"No conference would qualify automatically and there would be no limit on the number of participants from a conference," the proposal states.

The proposal, which was written by a subcommittee made up of Big 12 commissioner Bob Bowlsby, SEC commissioner Greg Sankey, Notre Dame athletic director Jack Swarbrick and Mountain West commissioner Craig Thompson, is only the first step in a long process.