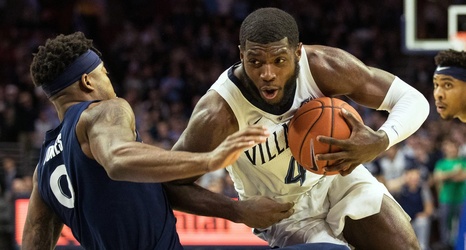 He made a quick stop at Fordham before arriving at Villanova in 2015, but it feels like Eric Paschall has been a Wildcat all along. After sitting out during the 2016 National Championship run, per NCAA redshirt transfer rules, the 6-foot-8 forward ascended from being a contributor off the bench to a full-fledged leader by the time he left, quickly picking up the nuances and responsibilities that came with his transition to a ‘big man’ role. He made his mark in Villanova lore during the 2018 Final Four showdown with Kansas, when he scored 24 points on a near-perfect 10-of-11 shooting performance that included four three-pointers.